How to Study from Home Effectively 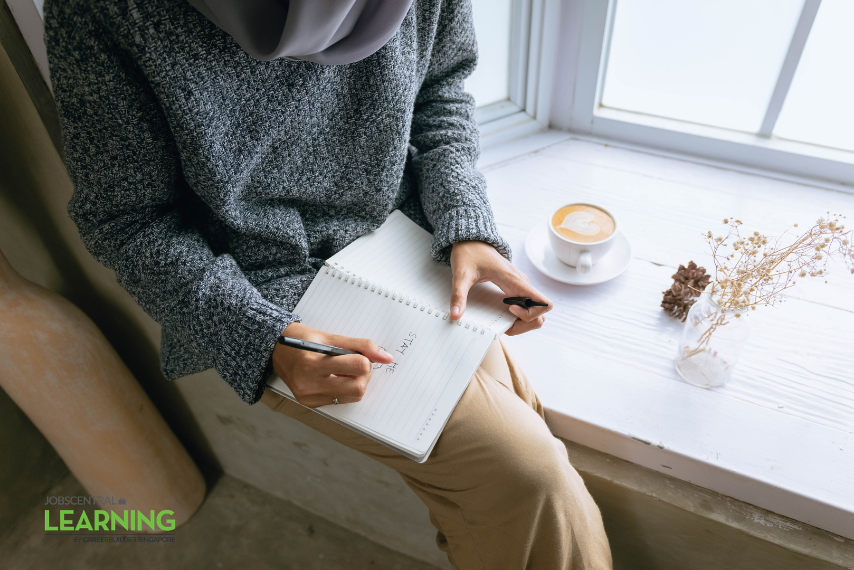 Why Companies Need to Bridge the Business&ndash;Science Gap

Is it Time to Upgrade?

SMa: Study The Way You Want

Two students share how enrolling with SMa has allowed them to live life to the fullest, with the assurance of receiving fully accredited academic qualifications.

If you’re looking for a school where your capabilities are assessed in every respect, SMa School of Management is an ideal choice. It is one educational institute that focuses on general aptitude as much as grades and 22-year-old Elvin Ngo is a proud testament to this.

The Diploma in Business Administration student seized the opportunity to enrol for a course that not only interested him greatly, but would prepare him for taking over his father’s publishing business in the future. Elvin’s efforts paid off with consistently good results, something which even he was not used to receiving.

The 22-year-old even found time to work as a music arranger, as well as perform accounting duties at a secondary school during the one-year diploma programme. “The great thing about studying at SMa is the flexibility to work while you study,” he says.

This was also one of the reasons why Theresa Goh, Singapore’s top Paralympics swimmer with a collection of gold medals and two world records, chose SMa to further her studies with a part-time degree in Exercise and Sports Science. The school’s schedule allows her to work, train for upcoming competitions, and study at the same time.

“Studying part-time is a lot easier to manage than studying full time,” says the 22-year-old, who works at Farrer Park Swimming Complex every day until 2pm, trains in the pool until 5pm, and goes for her classes at night.

Enriched for the future
Besides affording time for working and studying simultaneously, SMa offers double majors across many of its courses to enhance its graduates’ employability. Refuting the commonly-held notion that you don’t need a Business degree to do business, Elvin explains, “I chose this course of study not so much for a certificate, but more for the knowledge that I can gain from it.”

Marketing and Accounting might seem worlds apart to some, but Elvin believes they are both applicable almost anywhere. “Accounting is more of a defence line, whereas marketing is an offensive tool in business,” he says.

For Theresa, she decided not to take a non-sports degree to augment her skills – a route commonly chosen by most athletes. “I chose this course because it’s very relevant to me, especially as an athlete. I’m also more interested in hands-on learning,” she says.

She hopes to eventually carve a career in the sporting industry even after she hangs up her goggles, possibly as a coach or a nutritionist. “I want to know that there’s something to look forward to. Even though it’s quite tough to mix work, swimming and school, I think it’ll be worse if I just trained and worked, without knowing what to do in the future.”

Still, a rewarding career is no longer a certainty for degree-holders, especially in Singapore where graduates are aplenty. Although some students believe that local universities are more reputable and thus have better job prospects, Elvin strongly disagrees. “I would rather refer to private schools as international schools, as these are different universities from across the world that offer you different kinds of opportunities. Some even surpass local universities in terms of courses, modules, your fees and even your lessons.”

According to him, SMa’s project-centric approach to education, which reduces the focus on final examinations, is very beneficial as it allows students to apply what they have learnt in practical and realistic scenarios.

Similarly, Theresa has no qualms about earning a degree from a private school, as she feels it is up to the employer to “know better”. Academic distinctions mean nothing to her if they don’t translate to real-world results in the workplace. “If an employer knows what he’s looking for, I think the qualification doesn’t matter, it just gets you through the door. Not everything is about studying; it’s about how you can apply it,” she relates.

Having her counterparts from the Singapore Disability Sports Council lecturing at her school is also testament to the faculty’s level of expertise. “It definitely helps. One of my biomechanists was my lecturer last semester, and my nutritionist will be tutoring me in my nutrition module this semester,” she says.

Elvin also appreciates the fact that SMa’s lecturers don’t give short shrift to their duties to educate. “The school hires many lecturers with at least master’s degrees. They are also allowed to provide their own notes to better cater to our local contexts.”

On the same note, many of Elvin’s lecturers have mentored him through their wealth of experience gleaned from many years in banking and accounting. Being well-informed in issues and realistic scenarios in the real world is invaluable for Elvin, who expects to dive straight into the deep end in the business world when he graduates.

Elvin advises students out there looking to study a diploma to “spend at least a month or two to research in detail the options available”.

Meanwhile, to those looking to further their studies and who already have much on their plate, Theresa advises, “SMa will be a good choice because their night classes allow you to juggle your time better between work and study.”

Certainly words of wisdom from a medal-winning champion!