The Changing Landscape of HR

The Foundation of Good Parenting

Computer Science and IT Courses, The Next Direction for Course Seekers 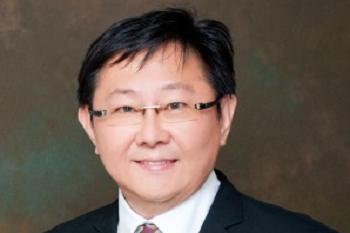 One of the 21 Laws of Leadership is about influence and how it can never be mandated, only earned. Influence is also an attribute that is not easily seen, and so many misconceptions evolve about who are real leaders and who are not.

Here are five myths about leadership, and how influence is the main factor that reinforces the point found in each of them.

A common misunderstanding is that managers are the same as leaders. A manager works on maintaining systems and processes whereas a leader makes positive changes, improving the results instead keeping it constant. Such a change usually happens only because the leader has influenced followers to help him/ her in doing so.

Can you recall anyone you know who never fails to get people’s attention when he/ she speaks? That is a person knows a thing or two about influence.

More often than not, people assume that entrepreneurs are natural leaders. However, turning opportunities into profit and developing people skills are two very different things. That is why partnerships are formed and employees are hired – to compensate what the entrepreneur may lack in leadership skills.

With famous quotes like, “knowledge is power”, it is only natural that people associate wisdom with leadership. Take a closer look and things may appear different. People like physicists and philosophers possess one of the more brilliant minds, but their ability to influence others is not exactly off the charts. There may be exceptions, but knowledge and leadership are not necessarily correlated.

As natural as it may sound, pioneers are not always of leader material. For instance, Facebook is not the first social networking site to surface on the Internet. Yet those who preceded Facebook are either less popular or forgotten. This only shows the value of influence and how being the first is not necessarily the best.

Possibly the most widely misinterpreted one of all, the position myth can be found in almost any workplace. Most tend to think that a high position or rank automatically turns people into leaders. Well, let me ask you this: Have you ever met a manager or high-ranking officer who never seem to gain people’s respect? That in itself is blatant proof that leadership does not lie in the position.

A founding member of the John Maxwell Team, Jim Khoo is an independently certified John Maxwell Leadership trainer. He aids both personal and professional growth through the study and practical application of John's proven leadership methods. This is done through workshops, seminars, keynote speaking and coaching. Jim has a proven track record in leading large organizations and is skilled at motivating staff with diversified cultural backgrounds, consistently delivering results and meeting operational goals. Working together with him will allow you and your team/ organisation to move closer and reach your goals, while building up strong leaders along the way.
related resources

By Fiona Liaw The decision to go back to school is a big one. Whether full-time or part-time, it entails massive commitment. The costs of tuition fees, your time, and the loss of income are high, but the potential benefits – of self-improvem